Would you risk losing all of your data and starting your company over from scratch?

Modern companies need to have proven backup and recovery plans in place, or they may just run the risk of losing it all. Without the right solutions in place, even something as trivial as a small cyberattack has the ability completely wipe out your organization. If you’re backing up your data, you can quickly restore it.

Without it, the situation gets far worse; 60% of small companies go out of business within six months of a cyberattack. Something that could have been brushed off with the push of a button and a bit of time has now permanently put you out of business.

In other words, the impact is clear. However, cyberattacks aren’t the only thing that you need to worry about.

There are four core reasons why data loss is likely to occur.

Accidents happen all the time. Sometimes, these accidents can include the deletion of critical data or the loss of important files. Other times, the loss isn’t accidental. Purposeful deletions by malicious employees are always a real threat to your organization.

If you think it can’t happen to your organization, think again. Even the globally renowned tech company Cisco suffers from it. Cisco’s Meraki engineering team made a configuration change on August 3rd that applied a policy to the company’s North American object storage service. The erroneous policy caused particular types of data that had been uploaded before 11:20 am Pacific Time (PT) on August 3rd to be deleted, causing problems for many people.

Purposeful deletions are even worse. When users have access to critical files, you must go out of your way to ensure that there are plenty of redundant recovery sources to restore from. Otherwise, it only takes one malicious and destructive act to take your business out.

Software is in a similar situation. Most of the time, glitches and malfunctions can be resolved from simply reinstalling the offending program. The danger that you should aim to avoid is document corruption, which can occur sporadically with faulty software.

Anti-malware and antivirus software should always be updated. Once a virus breaches your network, it can spread rapidly. 75.6% of organizations encountered at least one successful cyberattack within the past 12 months, proving that it’s almost impossible to avoid being the target of an attack.

In some cases, the effects can be far worse than simply hindering the performance of your computer. Some forms of malware, such as ransomware, will lock your data down and prevent you from accessing it. Without an established backup and recovery solution, you’re stuck paying a costly bounty and hoping that a cybercriminal will give you your files back.

The Wrath of Mother Nature (and Other Disasters)

Natural disasters such as fires, storms, floods, hurricanes, tornados, and earthquakes are all big threats to your data. You also have to be mindful of possible hardware disasters, such as complete server failure and network storage malfunctions.

In truth, they’re not particularly common.

However, what makes them so scary is the speed at which they can arise and the unpredictability of their nature. That’s exactly why it’s critical to backup your organization’s data to a secure offsite storage facility. It’s the only way you can protect your data against the devastation of a disaster.

How Often Should You Run Backups?

It depends on the size of your company, how important the data is, and how often data is updated. Backup frequencies can vary from as little as weekly to as much as hourly.

A high-traffic website, with a constantly updating database, will quickly render backup files obsolete. If you’re receiving large numbers of orders daily, then you must backup your database daily, too.

Some of the largest commercial websites backup their data on the hour every hour. Many continually write data in real-time to backup computers, a process known as replication. For companies with low-traffic websites, a weekly backup may suffice.

Either way, your company needs to have a specified interval for running backups in its recovery plan.

Test backups regularly; you want to know you can count on them when you need them.

Include an image snapshot of your data when you back up.

Copy your critical software applications, together with patches, and virtualize them in the cloud. In the event of a data breach, your staff can use the backed up data to continue working.

Whichever backup storage media you choose, remember that they’re only effective when used and tested regularly.

Your company cannot afford the inevitable pain of not backing up data. When the worst happens, having a solid backup and recovery plan in place will make all the difference between losing or saving your business.
We at the Affinity IT Group can create and maintain a backup plan and execution strategy for your business. You’ll stay up and running through any problem, without ever skipping a beat. 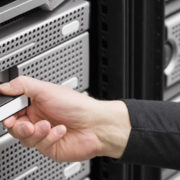 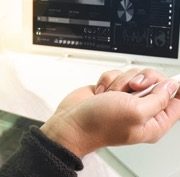 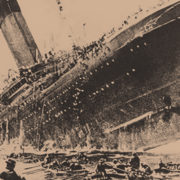 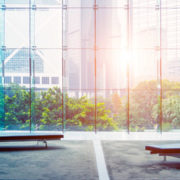 We’ve Got Your Back(up) 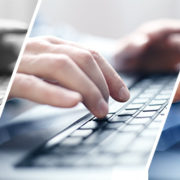 How Data Restoration Saves Your Day 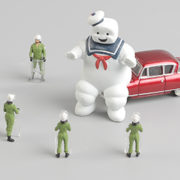