Regardless of industry, hiring an extra pair of hands can be invaluable, especially if it’s the right pair of hands. Think of consultants as freelance experts that can make a monumental change in the way a business operates. They can be the catalyst that takes you to your next level.

In 2012, Xerox needed to save $100 million in their European market  – easier said than done  – so they decided to talk to a consulting firm. Enter Ernst & Young. They took an in-depth look at the business and found that the production side of Xerox was underperforming. This was shocking, as Xerox considered their production group one of the top performers in the company.

What followed was a restructuring of the business from the ground up. They changed their sales focus and client base, they discontinued offerings that were found to be low-margin, and they shifted to a two-tier distribution model, among other things.

Ernst & Young saved Xerox $100 million to meet their goal and set them up for future success.

Consultants are valuable because they provide a fresh set of expert eyes on your existing practices. Many times even top-level executives can be too close to the process to see the big picture. Efficiencies stack up or biases are reinforced.

Experts can provide a fresh perspective. They have the deep experience to make for a more objective view of your business. Sometimes even explaining a process to someone who isn’t familiar with it can bring problems to light.

PA Consulting was called in to help the UK’s Ministry of Defense in 2012 with a problem concerning outdated explosives detection systems for their ground forces in Afghanistan.

The off-the-shelf units were all manned and therefore would risk the lives of each of the soldiers operating the unit. But building a customized, unmanned unit was cost- and time-prohibitive. PA Consulting devised an effective compromise: they retrofitted 200 Land Rovers that weren’t really being utilized and added a few of the off-the-shelf detection units on board.

The result was not only effective – increasing speed and accuracy of detection while minimizing risk to the soldiers – but also relatively inexpensive. This solution ended up saving the UK MOD about £17 million.

It’s clear to see that PA Consulting really knocked it out of the park. Another great value in hiring a consultant is the perspective to propose new solutions that you might not have thought of in the first place.

The Ministry thought that they were in an impossible position – they would either spend money on a solution that was obviously unacceptable or spend an unacceptable amount of money on the solution they needed. The compromise was well thought out and reached the Ministry’s goals of a safer and more effective technology at a reduced price.

You may remember that back in 2008 the American auto industry just about capsized. The industry projected some 3 million layoffs unless Chrysler, GM and Ford got a $35 billion bailout from the US government. There were several caveats to restructuring the businesses – all of which the auto companies agreed to – as overseen by a government task force. The Boston Consulting Group advised the task force, recommending quite a bit of restructuring and consolidation.

Not only did the companies begin to see better days, but they also created more than 340,000 additional jobs and the government recovered a lot of the bailout funds from the businesses.

Especially for larger companies, it’s easy for the operation to become bloated. A consulting firm brings expertise to the table to re-evaluate, optimize and even consolidate processes that may have been difficult to rework.

Whether it’s cutting the fat, eliminating redundancies, or implementing more modern approaches, the consulting process can be the jump-start a company needs to gather strength for future challenges.

These are just three reasons why consultants can be extremely valuable, as the examples show. And they can do the same for your business if you feel you need that extra push in the right direction. Reach out and ask us how we can help your tech and your team be the best they can be. 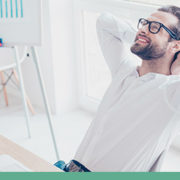 How to Work Smarter, Not Harder

What is an IT business consultant (and why should you have one)? 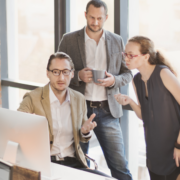 A quick guide to IT support for your business

What is an IT business consultant (and why should you have one)?

Your guide to managed security services
Scroll to top